Disease care is the type of care people receive in conventional medicine. Disease care occurs when people seek medical care when they are experiencing a particular problem or symptom.  At that point, the body has already been in a significant period of decay. The majority of symptoms experienced in America are the results of long periods of improper functioning of the body and poor lifestyle choices. Therefore, when people consult a doctor only after they are experiencing symptoms, they are treating their health reactively rather than proactively. A reactive approach to health is what is termed “disease care.”

Chiropractic has its roots in true “healthcare.” Although most patients seek chiropractic care when they are experiencing a particular problem, an educated chiropractor recognizes the importance of educating the patient on lifestyle changes, such as increasing exercise, improving diet, and managing stress, to improve their “health” and be proactive in avoiding disease. It is the belief of the chiropractor that disease is best treated before it even begins, which is why they place such a strong emphasis on being proactive in patients’ health. One way the Doctor of Chiropractic treats a patient proactively is by ensuring the body’s primary regulatory and controlling system, the nervous system, is functioning properly despite the patient’s subjective complaints. A properly functioning nervous system is important in not only restoring health, but also retaining health, so it is not uncommon for individuals to see a chiropractor for maintenance or “wellness” care, despite not having any symptoms.

If the United States would like to join the rankings among the healthcare elite, it will need to place more of an emphasis on lifestyle improvement, such as diet and exercise, and work on becoming more proactive in treating disease rather than reactive. Think about it, when was the last time you visited your doctor, medical or chiropractor, when you were feeling great just to ensure you stay that way. If you would like to learn how you can become more proactive in your health, call Wilderness Chiropractic to schedule an appointment today. 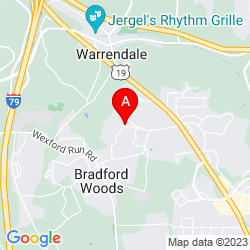